Elantas Beck produces liquid impregnation resins and varnishes in Hamburg, and is one of the leading manufacturers in this market. On their way to the end product, the resins run through a reactor line that is equipped with numerous monitoring stations for temperatures, pressures and more process relevant parameters. The 19” interface technology was installed in the 1990's and there are only few spare parts available today. That is why the company upgraded the first reactor line with modern technology – Turck's excom remote I/O system. 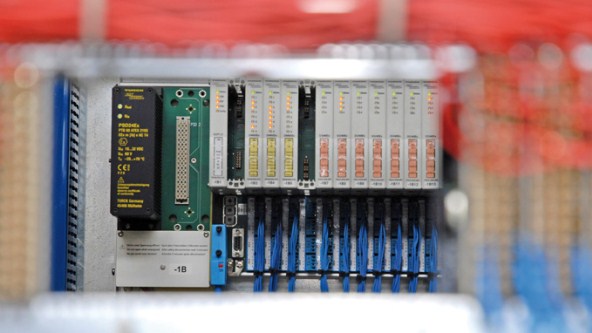 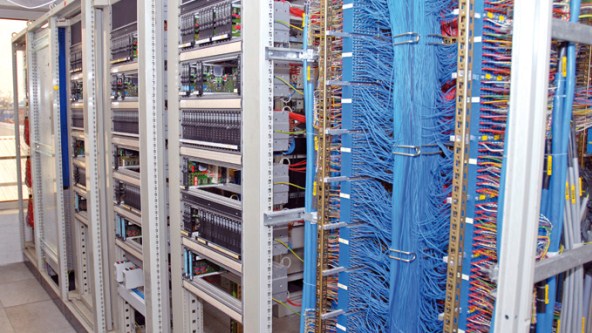 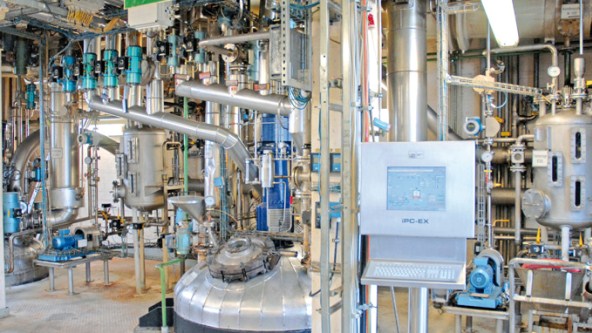 After many years of use, the 19” interface cards became susceptible to defects. Since new cards were more and more difficult to obtain, an alternative was sought out. The decision was made to modernize the interface technology for one reactor line first and use the still intact cards as spare parts for the other reactor lines.

Fieldbus instead of 19“ cards

Thomas Pölking, head of maintenance, chose from different alternatives and decided on a fieldbus solution in the end. “We wanted an easy and modern solution, with integrated Ex-separation and easy, direct connection to our S7-PLC,” Pölking explains. “Before the modification, the connection worked only indirectly.”

After the fundamental decision for a remote I/O system was made in the summer of 2008, the search for a qualified provider began. EAB Automation, a company that specializes on modernizations, extensions and new constructions of procedural and manufacturing automation plants, was retained to aid in the search.

Even though this was the first project where EAB implemented excom, the plan was as successful as the realization. In the fall of 2008, employees were able to install and start the system over the course of only one weekend, so the plant was fully operational again on Monday morning. “We had no experience with the product then, insofar the support from Turck helped a lot,” Ahrend explains. “Even the description was particularly good, and all our additional questions were answered by the specialists from Turck quickly so we could continue on our project successfully.”

Even though the remote-I/O system wasn't installed in a hazardous area for this project, it is possible to install excom in zones 1 and 2. The field circuits are approved for the use up to zone 0. The IP20 rated I/O modules offer four analog or four to eight binary inputs or outputs at a width of 18.2 mm. Two redundant power supplies, two redundant gateways and up to 16 E/A-modules can be installed on an area of 43.2 cm by 20.6 cm by 11 cm. In this configuration, up to 128 binary or 64 analog channels are available in a very small space.

In this section
to top