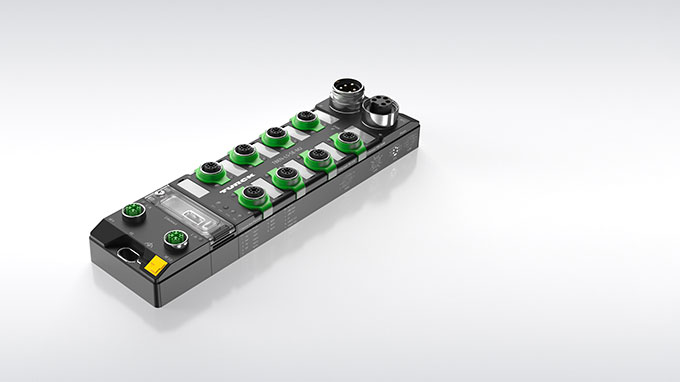 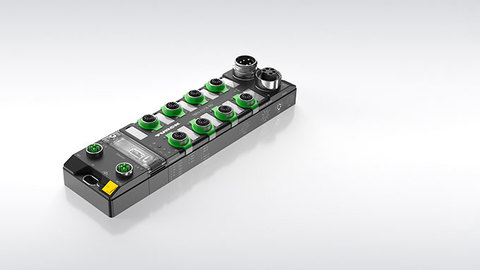 Turck is presenting at this year's SPS fair a compact 10-port managed switch with IP67 protection. Thanks to its very high data rates up to 1Gbit/s, the robust TBEN-L-SE-M2 makes it possible to considerably speed up applications, such as for tool changing. Thanks to its suitability for decentralized installation directly in the field, the switch also reduces the wiring required between the control cabinet and Ethernet stations on the machine. The TBEN-L switch thus clears the way for consistent modularization in machine building.

The manageable switch offers several functions for the secure and efficient organization of industrial Ethernet networks. The integrated firewall thus offers bidirectional protection from unauthorized access and thus reliably increases security in IIoT. Its NAT routing function enables stations to be represented under alternative addresses in higher-level networks. The device thus reliably prevents the doubling of IP addresses in the network of the user. The port-based IP address assignment allows station addresses to be allocated via the web browser of the switch.

The switch can increase the availability of lines by means of media redundancy (RSTP). By setting up virtual networks (VLAN) users can separate production networks from management networks or assign individual bandwidths to each VLAN and thus protect the network from overloads caused by broadcast floods. The network load monitoring function at each port provides a continuous overview of the bandwidth utilization in the network.

Besides use in the production lines of the automobile industry, the switch is also used in intralogistics applications as well as in agriculture machinery, where it supports, thanks to multicast, the automation of agricultural machines.

Back to overview
In this section